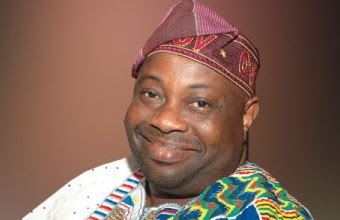 A Nigerian pastor based in Ghana who simply identified himself as Pastor Paul from Imo State has declared that Dele Momodu, the founder of Ovation Magazine, is the next Ooni of Ife.

The pastor warned that if Momodu was not installed as Ooni of Ife there would be bloodshed in the country, he also added that, his proclamation was a prophecy he got from God.

In a telephone conversation with Bayo Onanuga, the CEO of PM News/TheNews he said:

“If the Ife people refuse to crown Momodu, there will be bloodshed,” the Pastor said.

But Onanuga disagreed with him, saying:

“Although Dele Momodu was born in Ife, his connection is as near as Gbongan and as far as somewhere in Edo State.”

Momodu a graduate of University of Ife, (now Obafemi Awolowo University, Ile-Ife) 1982, holds a degree in Yoruba and a master’s degree in English Literature in 1988.