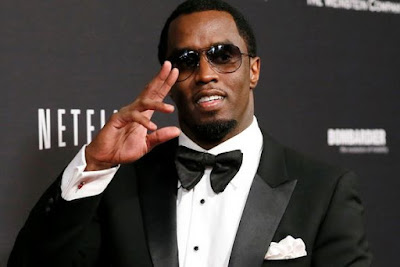 Sean “Diddy” Combs is #1 on Forbes’ list of the world’s highest paid stars in hip hop, pushing off Jay Z and Drake on the 2015 “Hip Hop Cash Kings” tally, which was revealed on Tuesday.

45 year old Diddy  made an estimated $60 million between June 2014 and June 2015, from investments outside of music, such as his TV network Revolt and Ciroc vodka.

Runner up Jay Z, also 45, earned an estimated $56 million from business ventures in music, sports and lifestyle. His 22 shows with his wife, singer Beyonce, helped boost his earnings, Forbes said.

Canadian rapper Drake, 28, came in at No. 3 with $39.5 million, the bulk of which came from touring, as well as high profile endorsements from Sprite and Nike and his Apple collabo.

Dr. Dre has been doing for decades. Recently he’s spent more time making good money—$620 million last year, the highest annual payday of any musician ever, thanks to Apple’s $3 billion Beats buy—which is why it’s something of a surprise that he ranks No. 4 with $33 million, the result of smaller checks from Apple. He also exec-produced biopic Straight Outta Compton and released his long-awaited third album, both of which will boost his total on next year’s list.

#5 Pharrell $32 M. The "Happy" singer is one of the more diversified performers on the list, earning big checks from touring, music, his role as a judge on The Voice and his clothing lines.

Nicki Minaj was the only woman to crack into the top ten of the highest paid hip hop acts, coming in at No. 9 with $21 million from touring and endorsements.

Other hip hop moguls in the top ten include rappers Eminem who was # 6 and Kanye West.