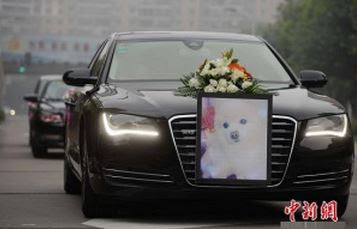 A billionaire in Shanghai gave his pet dog a befitting burial on the 29th August, 2015.

The pet funeral which cost about 8,000 Chinese yens (N250, 470) shut down the street of Shanghai as the funeral procession which features a convoy of expensive cars carrying the photo of the pet dog caught the attention of the passers-by as they passed through the city to a Catholic church for the funeral rites. 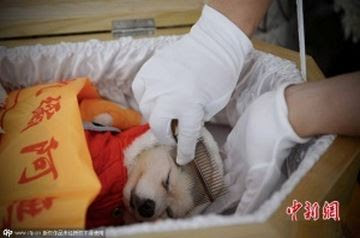 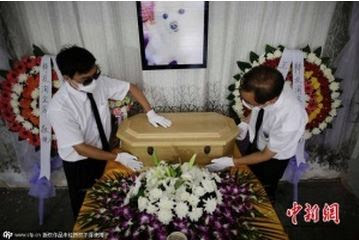