Drake under fire as Serena Williams loses US Open Semi-Final 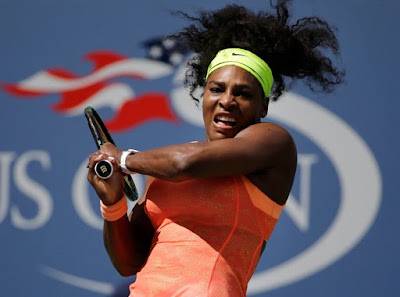 Drake is under fire after Serena Williams lost her U.S. Open semifinal match today despite showing his support from the stands.

The 33-year-old tennis star was defeated in her match against Italian tennis player Roberta Vinci, thereby losing her bid to become the fourth female player in history to hold all four Grand Slam singles titles in one calendar year.

The internet is blaming him for distracting the 21 grand slam titleholder and he is being tagged her "bad luck charm". 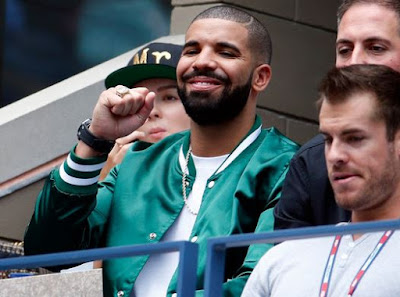 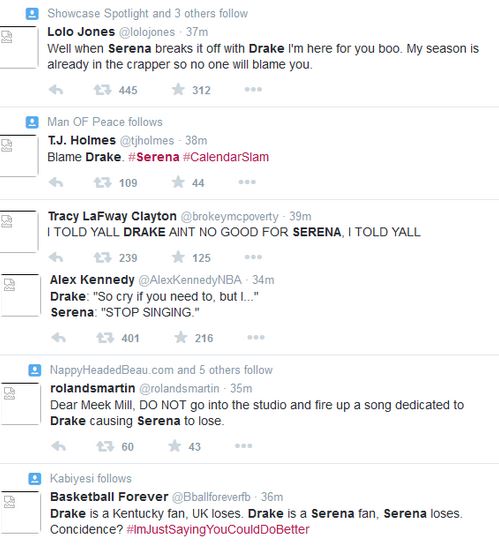 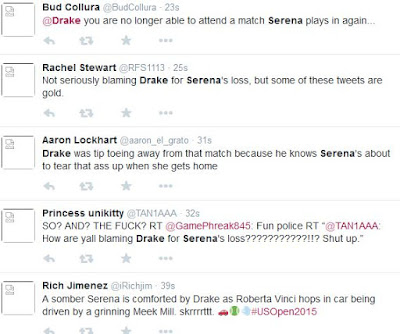 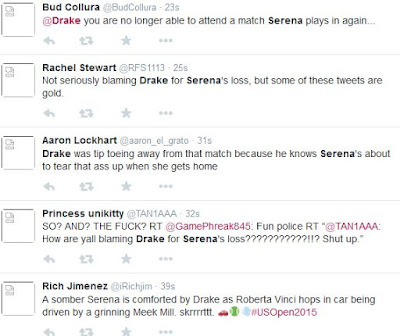 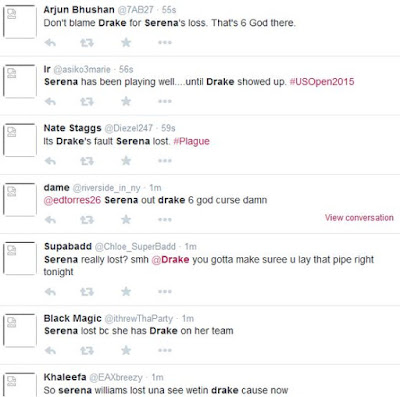