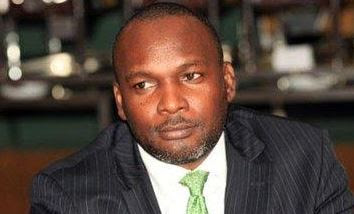 The Managing Director of BGL Plc, Mr. Albert Okumagba, has been arrested by officials of the Economic and Financial Crimes Commission EFCC for allegedly being involved in a N28.9bn fraud.

According to Punch, Okumagba was arrested on Wednesday September 9th following a petition by the Security and Exchange Commission in May, 2015.

"The EFCC has arrested Mr. Albert Okumagba, Group Managing Director of BGL Plc, a financial services company, for offences allegedly bordering on obtaining money by false pretences. The 51year old, who hails from Delta State, was picked up late Wednesday, September 9, 2015, by operatives of the EFCC. His arrest was triggered by investigation into a petition submitted to the anti-graft agency by the Security and Exchange Commission in May 2015. The suspect is alleged to have diverted the sum of N28.9bn being proceeds of private placements of 4.3bn ordinary shares of 50k each at N7.00k per share in 2007. The company, whose subsidiaries include BGL Capital, BGL Private Equity, BGL Security and BGL Asset Management, allegedly lured 50 investors from across the country into subscribing to the company’s shares, promising them options of liquidity and exit within two years"the source said

The source added that contrary to promises made to them by Okumagba, his investors were not able to liquidate their assets. He also failed to fulfill a promise of listing his organization, BGL on the Securities and Exchange Commission two years after the offer in 2008.

Confirming his arrest, the Head of Media and Publicity of the EFCC, Wilson Uwujaren said he was being interrogated. No fewer than 40 petitions were said to have been sent to the SEC against BGL by aggrieved capital market investors in the country as well as the Rivers State Ministry of Finance.