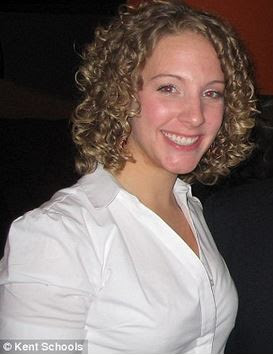 A high school band teacher has been exposed as a internet p0rn star who goes by the name 'MelodyXXXtune'. By day Kristin Sundman taught children music and by night she starred in X-rated films

The twitter account of 31-year-old assistant band teacher at Theodore Roosevelt High School in Ohio. has been deactivated since she was outed.