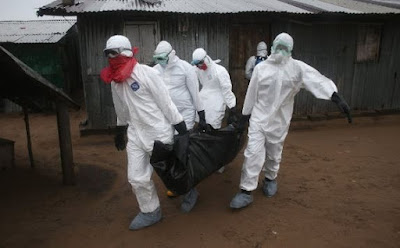 Four new cases of the Ebola disease have been recorded in Serra Leone. According to reports, those infected with the disease had direct contact with a woman who died of Ebola last month in a village.

This development not only poses a major setback to all efforts to end the outbreak in Sierra Leone, but also increases the likelihood of recording more infections within Serra Leone and other neighboring countries.

The Head of Sierra Leone’s National Ebola Response Centre, Pallo Conteh, while speaking on the new diagnoses, accused the family members of the deceased of hiding her from health workers when she was ill and resorting to taking care of her themselves. Even after she died, they carried out their traditional practice of washing the corpse of the woman without the use proper disinfectants.
“Our people are stubborn. Until they stop doing what I call the silly things we will have cases popping up here and there. I am expecting more cases,” Conteh said. “We are sure that the body was washed … so all those who took part in the washing of the corpse, all those who were helping her when she was having wet symptoms would all become infected.”he said