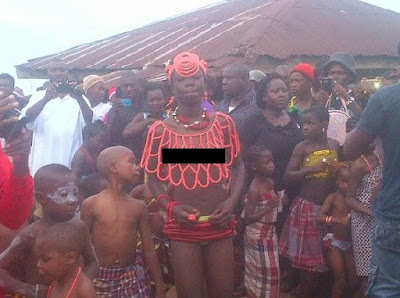 It is an annual dance by the maidens of Amanta in Ameke community of Abiriba Kingdom, called Nmaku Eziali maidens. These maidens are also believed to be Virgins, pure and undefiled by any man. They are the only ones allowed to perform this sacred dance and any maiden who is not a virgin from this clan dare not participate in the dance. Although I cannot categorically tell you the repercussion if such happens.

They also say the dance period is the time that the young girls who are now ripe enough for marriage show off their beautiful figures and dancing prowess to young men from Amanta and other
prospective husbands from other communities making up the Abiriba Kingdom.

There is usually great excitement heralding this dance especially to the young men who sees it as an opportunity to get their brides, as some of them will tie palm fronds on the legs of their desired brides. That is called # Igbai Omu# in the traditional Abiriba language, signifying that the maiden had been taken and other suitors should steer clear and the young man (men) will now take up the marriage proceedings from there.

The dance usually starts as early as 6 a.m at the Obina Dance Square in Amanta with the Nmaku Eziali Maidens leading the troupe, looking beautiful in their # okara akpuru ikpakpa# a type of wrapper designed with corn seeds, with their beads on their waists and nzu (local chalk)designing their bodies.

Civilisation and the embrace of Christianity has reportedly changed so many aspects of this dance as in the olden days, the maidens used to dance stark naked showing off their erect and pointed breasts ! Though you can still see some of the maidens showing off their breasts while their womanhood is perfectly covered. The dance is called OBINA NDE AMANTA. 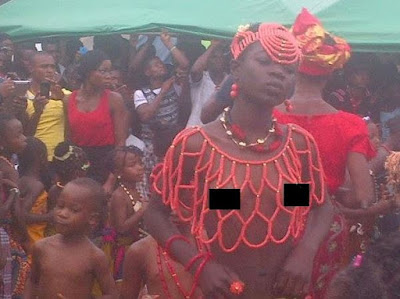 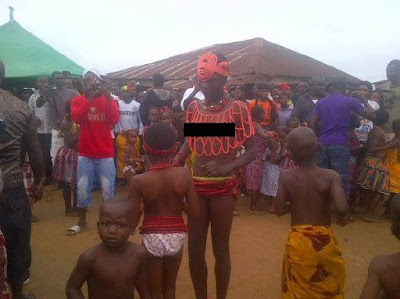 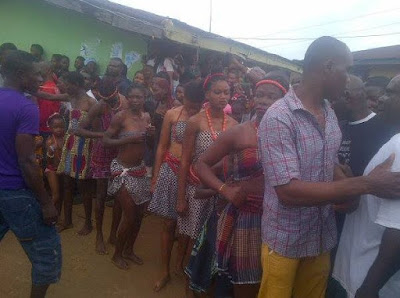 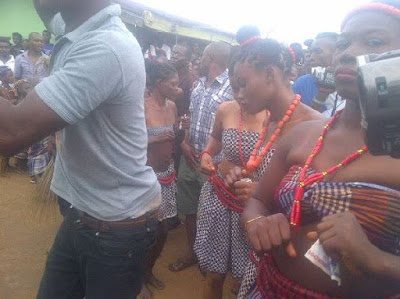 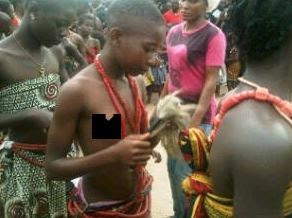 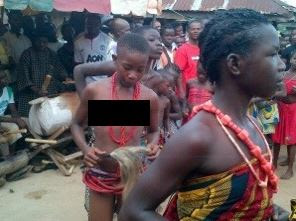 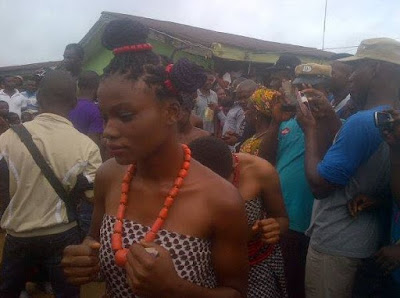