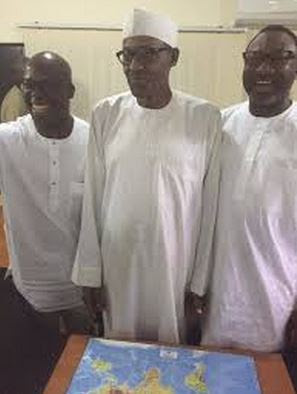 Following the chairman of Forte Oil, Femi Otedola, decision to sell House Hold Kerosene (HHK) at N50/litre, being over 50 per cent reduction of its current pump price, the billionaire oil magnate has effortlessly made a grand entrance into the pantheon of Nigeria's 21st century crusaders.

He calls it 'Buhari Kerosene' and has ordered that all his fuel stations across the country should henceforth sell HHK at N50/litre in furtherance of his decision to identify with President Muhammadu Buhari's bid to ameliorate the hardships faced by millions of Nigerians daily.

The Forte Oil boss had recently blown the lid off the activities of shady characters in the oil sector whom he blamed for selling House Hold Kerosene (HHK) as Jet A1 fuel, also called Aviation Turbine Kerosene (ATK), to airline operators.

In a statement signed by him, Otedola revealed: "This illicit act has been identified as the major factor contributing to the rising cost of kerosene in the country and may also be the cause of some of the air mishaps we have encountered in the country in recent times."

And the development is attributable to the emergence of mushroom marketers who are desperate to make a killing by selling kerosene as Jet A1 fuel to major local and international airlines at the pump price of N140/litre or even higher.

He explained that this is possible because HHK shares some physical and chemical properties with Jet A1 fuel.

With his decision to sell HHK at N50/litre at all his fuel stations nationwide, Otedola will no doubt reduce the hardships foisted upon millions of Nigerian families by the prohibitive pricing of the cooking fuel.

Perhaps rivals of the billionaire oil magnate will follow suit and emulate his conscious attempt to make life more bearable for the average man on the street.