Jennifer Lopez sex tape to be released by ex-husband 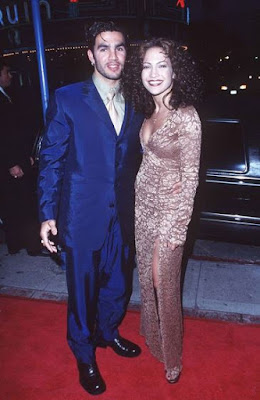 Jennifer Lopez is the latest celebrity to be caught in a sex tape scandal as footage she has battled in court to keep private could be released to the public.Her ex-hubby's business partner is planning to unveil the singer's intimate videos which were recording by first husband Ojani Noa.

According to In Touch magazine, the master tape of all the footage is in a central depository per court order, but Ed Meyer believes they have a legal loophole after J-Lo withdrew her claims while the case was in arbitration
Ed told the publication:

"We are going to produce a DVD and also have a streaming release of the J.Lo home video footage.There is revealing video of her with a lack of clothing and in sexual situations, especially in the hotel footage from the honeymoon.”The videos contain salacious material and are going to shock her fans..We have unfinished business."

Jennifer married Ojani in February 1997 before they split after 11 months of marriage the following year.