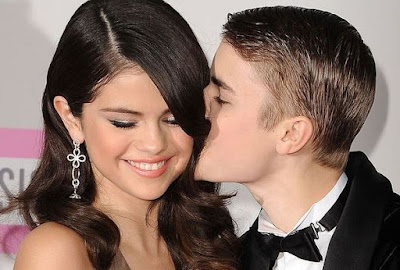 Justin Bieber has revealed his true feelings for Selena Gomez, saying they were so in love that nothing else mattered.He also admitted he ended up disappointed because it was so all consuming.He told Complex magazine :

“We were so in love. Nothing else mattered. We were all about each other. But when it’s like that and you get your value from that, people will always disappoint you.

“Your girl or your dude, they’re always going to disappoint you. Your full identity can’t be in that person. My identity was in her. Her identity was in me.”
When asked what he had learnt from their relationship he said:
“Don’t fall in love.”

However he quickly added:

“No, I’m just kidding. I learned a lot. I moved in with my girlfriend when I was 18. Started my own life with her. It was a marriage kind of thing. Living with a girl, it was just too much at that age...When stuff would happen, I would lose my freakin’ mind, and she would lose her mind, and we would fight so hard because we were so invested in each other.“Love is a choice. Love is not a feeling. People have made it seem in movies that it’s this fairy tale.”

Asked if he thinks he'll compare all his future relationships to what he had with Selena, he said:

"Yeah. You get scarred from certain things. Even like -- I'm kind of seeing this girl, right? I'm shy about doing or saying certain things, and then I say it and it's not even a problem.

"And I'll remember when I couldn't.... You're just scarred and you don't do something because in your last relationship they'd freak out, but [the new person is] just like, 'What are you talking about?'