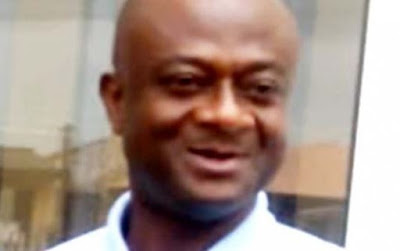 Two weeks after the abduction of the Chairman of Cometstar Manufacturing Company, Sir James Uzochukwu Uduji by unknown gunmen in front of his residence at 7th Avenue in Festac town, Lagos, his abductors have insisted on collecting $1million or he dies. The minimum the naira equivalent of their demand will cost the victim’s family is N220mil­lion.

His abductors were said to have laid an ambush at 72nd junction along 7th Avenue at a bad portion of the road close to Uduji’s residence. As soon as he was sighted, the gunmen deliberately hit his car as in an accident scenario, which forced the driver to stop to ascertain the extent of damage. In the process, the gunmen opened fire, shot the driver and drove off with Chief Uduji to an unknown des­tination.

Saturday Sun reliably gathered that his abductors have since demanded the sum of one million dollars ($1M) as ransom.

It was also learnt that the family has been able to cough out and handed over N100million cash to the abductors but they insist that the balance of N120million must be paid. They are said to have suggested that Chief Uduji should send one his family members to come and take his place in captivity and he will be released so that he would go and source for the balance.

All efforts to get the family’s reaction to the development failed as they were strictly warned by the kidnappers not to speak with the police or the media over the matter.

Investigation shows that unlike previous cases of kidnapping in Lagos, the group of notorious kidnappers have held sway in Lagos for years, especially in the Festac area of the state. Their modus operandi is to investigate and pick up individuals who can afford to pay huge ransom, ranging from N50million and above. They normally confront their victims with details of his worth and why he or she should be able to pay the sum or be killed.


According to a reliable source whose family had a taste of their cruelty, they had to cough out the sum of N80mil­lion before his uncle was released.

“They held him for more than a month until we were able to raise N80million. It was when they discovered that my uncle had sold his land just to raise the money that they released him. He has left the country with his entire family. They picked him up at 7th Avenue during the day. We couldn’t tell the police because their threats were real. They are too coordinated that they kept monitoring every member of the family and giving us update. It’s been happening; we were the first and others have been picked up same way after,” he said.

Amongst those who have been calling for his uncondi­tional release were friends and associates of Chief Uduji who on Tuesday gathered at the Federal Housing Authority Lawn Tennis Club on 22rd, Festac town to pray and call on God to touch the hearts of his abductors to release him. Many see their gathering as unusual as they normally gather at the club to socialize or use the fitness facilities. Mem­bers of the club who also refused to speak to Saturday Sun because of security reasons lamented that they now live in fear.

Some of them who confided in our correspondent said it would only amount to suicide mission to challenge their (kidnappers’) authority.