Kourtney Kardashian breaks down in tears over Scott's cheating [PHOTO] 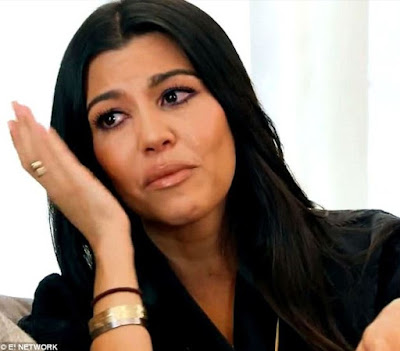 Since photos of Scott frolicking with another woman surfaced,Kourtney Kardashian has put on a brave face .However, in a new preview of KUWTK ,she was seen breaking down in tears after discovering her boyfriend of nine years Scott Disick had a rendezvous with another woman.

Kourtney was then shown crying while talking to sister Kim on a couch while showing her the pictures.
'Scott is like on a crazy bender..'I've worked so hard to keep this family together,'

Piece of s**t,' Kris hissed as Kim looked on.