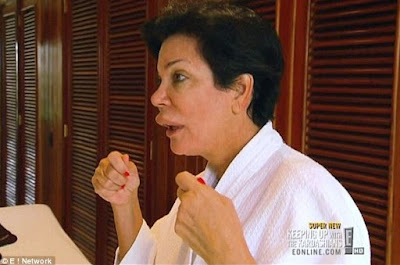 Kris Jenner's lips were mysteriously swollen,causing her to cancel an appearance on planned segment on Bachelors In Paradise .The swelling happened shortly after she returned from the Caribbean isle of St Barts.Sh called in to the show and said

'I don't know what happened. I feel like I got a bite on my face and like half of my face blew up,'Kris said she tried everything to get her face back to normal.'They [her doctor] gave me everything they could possibly give me in 12 hours,' 'It went down a little bit, but not quite enough. I'm a little too vain, I think, to go on live TV with a huge lip.'

The Kardashian momager explained that it wasn't the first time her face had swollen up, with a similar thing happening back in 2012 as pictured. 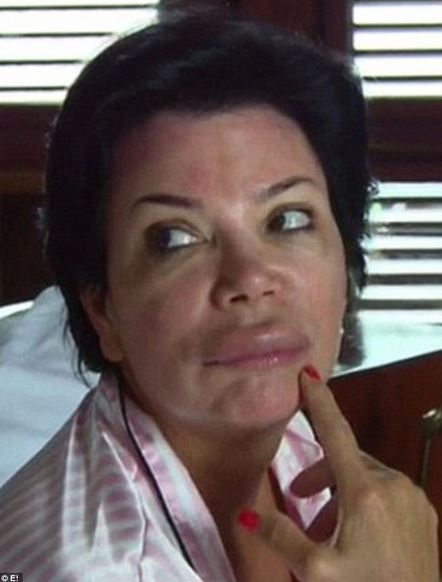