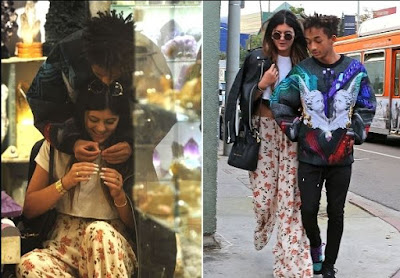 Kylie Jenner is being accused of stalking a teenage girl for 3 years ,because she considered her a rival for Jaden Smith's affection .

According to legal documents obtained by TMZ, 17-year-old Chelsea Clark says Kylie was pissed because Jaden wanted to get with Chelsea. She says Kylie called her and said, "Leave my boyfriend alone cause you will never be like me."

Clark says Kylie then had people follow her and sent threatening messages to her over social media. She says at one point Kylie said, "This is war."
In the docs, Clark says she hurt her back in a car accident which she believes Kylie masterminded.

Clark requested a temporary restraining order, but it was denied. The court asked her to bring the threatening messages to court on Monday, but she was a no-show. There's a hearing scheduled for Oct. 9.

Kylie's camp tells us she's never heard of Clark and has no idea who she is.Sources close to Jaden tell us he doesn't know who Clark is either