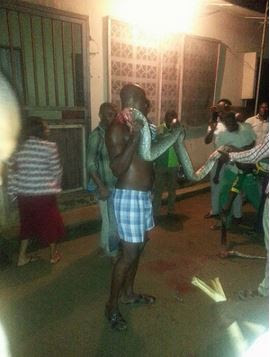 A social media user has shared scary photos of a mighty snake killed by a man right inside his house in the middle of the night in the Ajegunle area of Lagos state. The owner of the house was said to have heard incessant noises coming from the ceilings of his house as a result of the movement of the snake.

The man was shocked to his bones when he saw the huge python snake dangling from the ceiling. He raised an alarm and neigbours rushed in to take out the dangerous animal. The man allegedly went to the church on Sunday to share the testimony of his near-death experience with the mysterious snake. 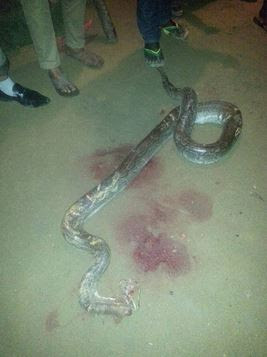 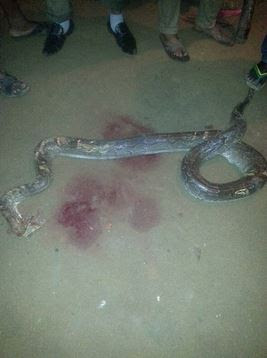 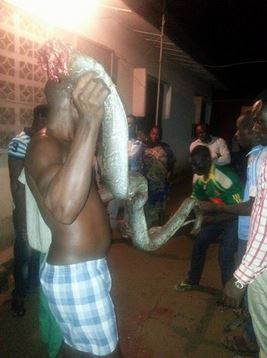 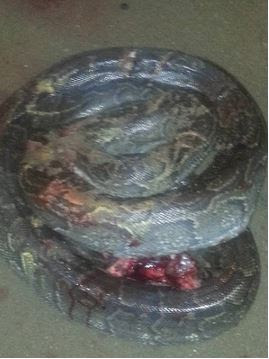