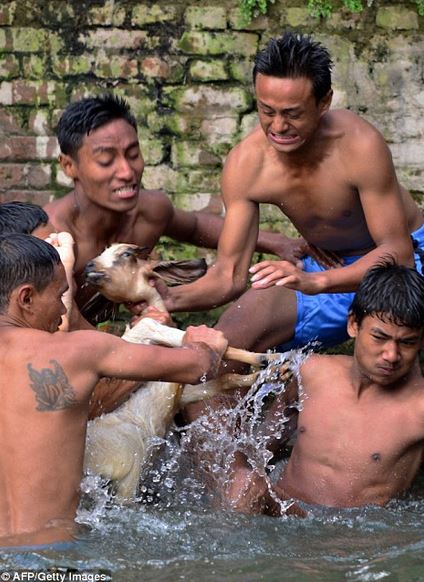 Shocking images from a barbaric Nepalese festival which sees a live goat ripped apart by villagers' bare hands and teeth have been published, despite uproar from animal rights activists trying to get it banned.
The photographs taken from this year's Deopokhari festival show children looking on as villagers tear at the live baby goat as part of the horrific annual competition.

The 900-year-old festival is held every year in August, in the village of Khokana, one of the oldest villages in the Kathmandu Valley in central Nepal.

But animal rights campaigners have branded the celebration 'barbaric', as part of the ceremony sees a young female goat brutally sacrificed. 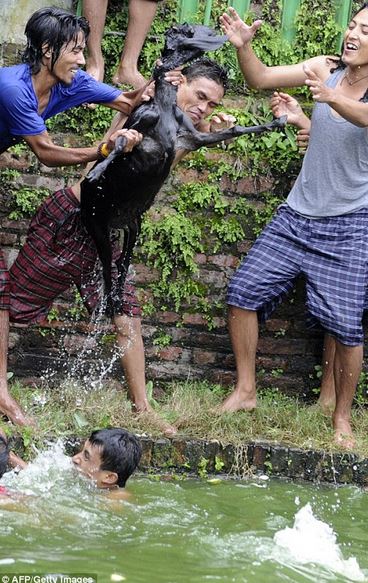 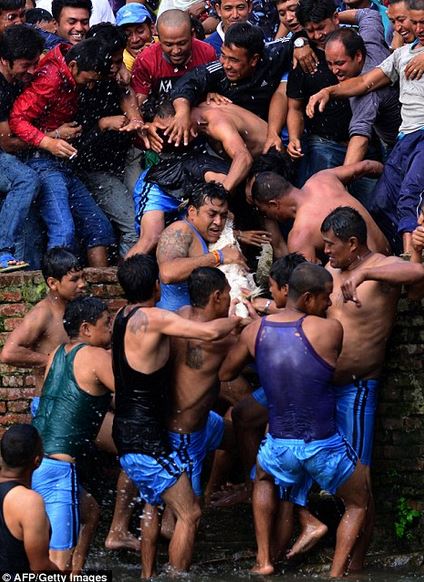 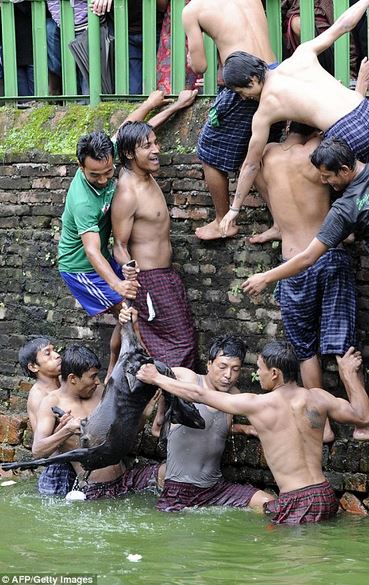 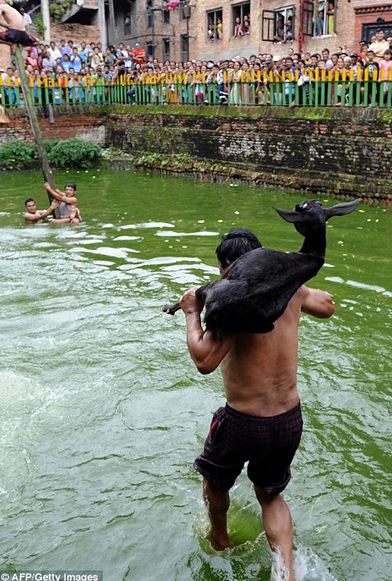 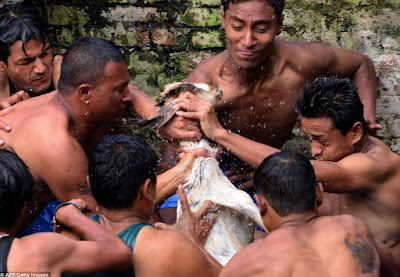