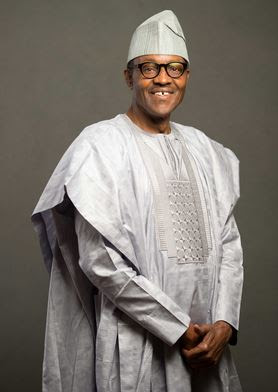 The National Association of Nigerian Students (NANS) have blasted President Muhammadu Buhari on his achievements within his 100 days .In a statement issued by its Vice President on National Affairs, Comrade Timileyin Gbenga Ayenuro and tagged “Let the change be realistic, not a mantra”,they said

“During Muhammadu Buhari’s Presidential campaign, it should be recalled that a public letter was published by the President titled, “My Covenant”.

“He made no fewer than thirteen promises to Nigerian in the document which are: Reduction of fuel price to N45 per liter; Subsidize oil price at $100 a barrel; pay the poorest 25 million people N5, 000 every month; guarantee 40,000 megawatts of electricity in four years; Post NYSC Stipends; provision of Free meal ticket per day for all Nigerian school children and also provision of three million jobs in his first year in office.

“To the utmost surprise of every Nigerian student, President Muhammadu Buhari, has not only failed to deliver on his numerous ‘100-day in Office promises’, the President and his media machinery are intentionally and falsely, in the bid to cover the ineptitude of failing the ‘100-day integrity test’ in the court of public opinion, denying these lofty promises made during the electioneering campaign.

“With the aforementioned lofty promises, Nigerians thought the change they expected had come. But amazingly, after 100 days in office, Buhari whom they described as ‘Baba Go Slow’ because of his sluggishness in executing government policies, has not achieved any of the promises.

“Muhammadu Buhari should learn that Nigerians mean business and are ready to see developments around the nooks and crannies of the country. Nigerians believe that terrorism will be a thing of the past, corruption will be a forgone issue. Nigerians believe that the new president should find a lasting solution to the backlog of unpaid salaries, perennial fuel scarcity, fuel subsidy regime, cost of governance, institutionalized corruption, insecurity, erratic power supply, poorly-developed education and all other human endeavors. The clock is ticking!

“Also, it is disheartening and perhaps, indicative of the direction the administration of President Buhari is heading with respect to the lopsided appointments made so far. He is just being driven by the passion to salvage a ‘perceived’ sinking state, irrespective of who is negatively affected. He needs to know that we have a federation that should be run through established laws. All the federating units must be part of the government to avoid unnecessary litigation against constitutional violations. There are still many more appointments to be made and Nigerians are watching to see what will happen.”