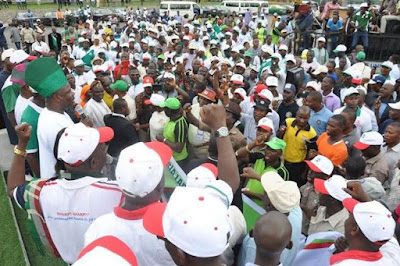 According to Governor Amosun, if he had his way, he would suggest capital punishment for both corrupt political office holders and government workers but since it was not in line with world best practice, life sentence and stigmatization should be the best for them.
"You cannot be corrupt under anyone who is not corrupt. I will say that whoever is found wanting should be jailed for life irrespective of their personality and they should be stigmatized, it takes two to tangle, this anti-corruption crusade is not only about political office holders, government workers too should detest corruption. If we all come together to kill corruption, we would be better for it,” he stated.