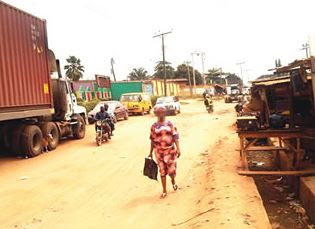 The Lagos State Police Command has arrested a pastor, Abraham Sunday, for allegedly raping a 16-year-old girl, Kike (pseudonym) in Adalemo Estate, in the Toll Gate area, on the Lagos-Abeokuta Expressway.

PUNCH Metro learnt that Sunday, the pastor of Christ In All Nations Church in Adalemo, was arrested by the Ojokoro Police Division last Wednesday, September 2, from where he was taken to the Department of Criminal Investigation, Yaba.

It was gathered that Kike, who was ill, had been taken by the pastor to a house in Adalemo Estate on August 28 for deliverance prayer when the incident occurred.
It was learnt that the victim’s mother, who said Sunday was a family friend, became apprehensive after she did not hear from her daughter.

The matter was said to have been reported to the police by the landlord of the house where Sunday allegedly camped the teenager to rape her.

A police source told our correspondent that after Kike was rescued, she was taken to a hospital, where a medical test confirmed that she had been raped. The pastor was thereafter arrested.

“The pastor was like a foster father to the girl. She was ill and had gone to a hospital in the area. While returning from the hospital, she boarded the same bus with the pastor, who said he would take her to a place for prayers.

“Since the suspect was a family friend, she did not doubt him. So, they went to the pastor’s apartment, where he camped and raped her for three days. The victim’s mother did not even know about the deliverance prayer.

“On Monday, the landlord and some neighbours got suspicious of the pastor’s arrangement with the teenager and they alerted a non-governmental organisation in the area, which in turn invited the police. The girl was rescued and rushed to a hospital, where a medical test confirmed rape. The suspect was arrested immediately.”

Kike and her mother were thereafter referred to the Lagos State Domestic and Sexual Violence Response Team and the Ministry of Women Affairs and Poverty Alleviation.

“It was an NGO, Rubies Ink, that brought the matter to our attention.The girl was taken away for prayer. She was in the pastor’s house at the Adalemo area for three days, and during that period, he raped her.The DSVRT reached out to the victim’s mother, but she maintained that she would not pursue any case. While admitting that the pastor defiled her daughter, the mother said the pastor had a three-month-old baby, and she did not want him to be jailed.