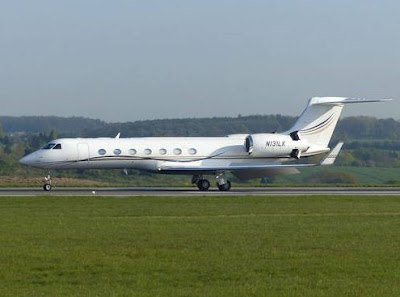 Pastor Temitope Joshua, the leader of the Synagogue Church of All Nations (SCOAN), has reportedly joined Nigeria’s big league of miracle and prosperity priests who own private jets.

SaharaReporters reports that,the church leader took possession of the nearly brand-new Gulfstream G550 aircraft in April 2015, a few months after a building collapse at the premises of his megachurch in the Ikotun-Egbe suburb of Lagos killed 116 people. Registered as “Synagogue Of Nations,” the jet was purchased using the Bank Of Utah trustee as the front for purchasing the jet.

Pastor TB Joshua’s jet is the most expensive of the four owned by Nigerian pastors.

The jet, which has US registration number N131LK, was built in 2010. It was delivered to its first user in 2013 before making it to TB Joshua early this year. SaharaReporters learned that the jet made a voyage to Nigeria in December 2013, as the Bank of Utah was apparently pitching it to Pastor TB Joshua. The man of God reportedly asked to see it and bless it before finally taking delivery. 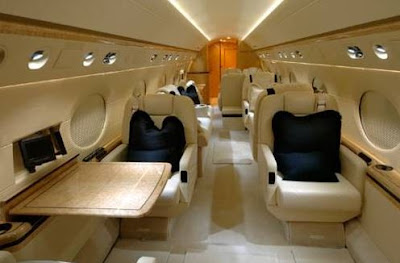 It could cost up to $3 million to maintain the jet annually, depending on how heavily it is used.

Sources at the church told our correspondents that Pastor Joshua claims the jet was paid for by at least eight African Heads of State in 2014. It was first kept in Israel before the tragic church collapse in September in which 116 persons, mostly South Africans, were killed.

When SaharaReporters reached Pastor Joshua, he denied owning a private jet. Instead, he said he frequently charters private jets because he travels extensively, noting, for instance, that he has an oncoming trip to Argentina.

His claim runs contrary to information from the Nigerian Civil Aviation Authority (NCAA), which claimed that N131LK is on record as belonging to Pastor TB Joshua through SCOAN.

"What the Bank of Utah does is to help non-US citizens act as agents to purchase aircraft using US financing,” a source at NCAA told SaharaReporters. The source recalled that the same bank was also instrumental to purchasing jets from Bombardier on behalf of the government of Rivers State under Governor Rotimi Amaechi, and Akwa Ibom under Godswill Akpabio.