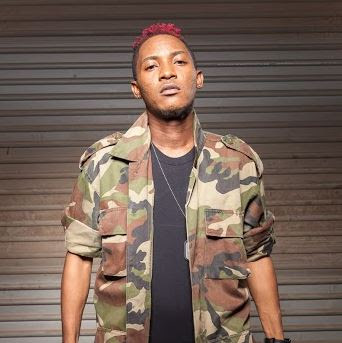 David Myers, who is in a critical medical condition in hospital, claims he was paid $1.5 million to help the star fake his own death.

Tupac Shakur, or 2Pac as he was known on stage,after he was hit in a drive-by shooting back in 1996 when he was just 25.

DailyMirror reports Myers says he now wants the world to know the truth and from his death bed – he said:

“The world needs to know what I did. I’m ashamed that I let a price be put on my word and I cannot die without letting the world know.”
He claims Suge Knight, who is currently in jail awaiting trial for murder, played a big part in helping it happen.

Over 30 people were reportedly paid to help fake his death – including police, medics and various witnesses

Myers even claims 2Pac paid $50,000 for a body double to be taken to the morgue. It is not the first time there have been theories that hmay not have died.

However, the mystery deepens as it later emerged one of the original websites to report Myers' extraordinary tale is using a fake image to represent the police officer on his deathbed.

Rappers are unusual people, who live unusual lifestyles in unusual ways. Top dog rap artiste, Jesse Jagz, who left his old record label, Chocolate City, to form his own, Jags Nation, before returning to Chocolate City is no different from many others.

The rapper surprised Potpourri when he revealed his ideal woman. According to him, his ideal woman must be deaf and dumb. As odd as this may sound, the Choc City rapper has his reasons and he explains:

“ If I tell you my ideal woman you will not believe me. My ideal woman is someone who is deaf and dumb so that I cannot be talking too much or listening to too much conversations.

It will give me time to focus on my music. There is also something I learnt from Seun

Kuti about marriage, he said that with development and everything, the major part of marriage is commitment and submission, appearance don’t necessarily matter. To all the women I have this for you, the more you are getting educated and exposed, you must always remember that a man is always a man and a woman is always a woman. A cat cannot be a dog and a dog can never be a cat.

Another quality I am looking out for in a woman is that, my woman should be confident and beautiful. She should be hardworking and able to inspire me. And I am yet to meet the woman but it is not like if I find the person I am ready to get married now. With entertainment, it is very dicey when it comes to marriage stuff and relationship”.