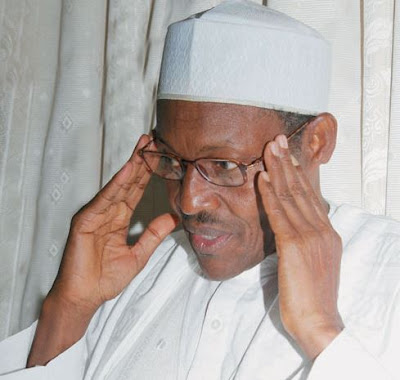 President Buhari salutes his supporters during his Inauguration in Abuja (Photo Credit: AP)

President Muhammadu Buhari has moved against Christian religious activities within the precincts of the Aso Rock presidential villa, a source familiar with the matter has revealed.

The Aso Rock Villa Chapel serves as the official church of Aso Rock where Christian activities inside the presidential villa are conducted.

According to an eyewitness who spoke to The Trent on Thursday, September 3, 2015 on condition of anonymity, heavily armed men stormed the Aso Rock Chapel on Sunday, August 30, 2015 denying worshippers access to the church.

“Normally, services begin by 7am at the church but when we got there, we met armed security men who said we cannot enter. They said they were acting on orders from above. We waited outside till a few minutes past 8am before they allowed us to enter,” the source disclosed.

A visibly embarrassed Vice President Yemi Osinbajo who worships at the Villa Church, arrived the Chapel and could be seen managing to conceal a worried expression over the incident.

When our reporter contacted Presidential Spokesman Garba Shehu to confirm the development, he claimed he was not aware of the incident. “What you are telling me is news to me. I am not aware of this issue. There is a lot we are dealing with and I hope you are aware the church was handed over to Vice President Osinbajo. So please call Prince Laolu Akande, his spokesman to confirm this issue”, he said.

Further investigations by The Trent have revealed that Sunday’s move was the second in a series of brazen attempts to shut down Christian activities in the Villa.

Less than two months ago, the Children’s Church of the Villa Chapel where the wife of the Vice President, Mrs. Oludolapo Osinbajo worships with the children was closed down on orders from above. According to our source, “security concerns were given as reasons for the closure of the Children’s Church.”

Attempts by this newspaper to reach Vice-Presidential spokesman Laolu Akande failed as his phone lines were unreachable at the time of filing in this report.