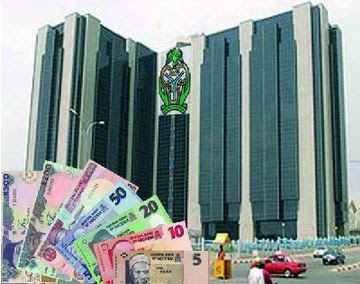 The Governor, Central Bank of Nigeria (CBN), Godwin Emefiele, may resign his post any time from as the boss of the apex bank is reportedly getting tired of the approach of President Muhammadu Buhari to fiscal and monetary issues.

A close source disclosed to DailyPost; "There are possibilities of Emefiele leaving the post because of the state of the economy. But the one that unsettles him the most is an order by the president to change the colour of Naira notes."

It was gathered that Emefiele, reluctant to implement Buhari’s instruction, almost tendered his resignation in the past few days but for the persuasion of some prominent Nigerians, including two Bank Chairmen who were at some point Managing Directors of their respective banks and are from a South-South state.

It was revealed that the CBN boss at a recent meeting with close friends in Abuja, hinted at his desire to hand in his resignation notice sooner than later. At the gathering, the former Zenith Bank Managing Director, he complained that the Buhari-led government was yet to have a policy direction, adding that he needed an idea of what was in store to guide him in his stewardship.

It can be recalled that part of Emefiele’s fears was his disclosure at the CBN Monetary Policy Committee meeting that Nigeria’s economy could slip into recession within months. He told newsmen that Nigeria’s economy was weak due to country’s Gross Domestic Product Growth Rate, which recorded a slow growth in the second quarter of this year, the second consecutive less-than-expected performance for the current fiscal year.

Another instance Emefiele cited is the impact of non-payment of salaries which had led to reduction on consumer demand.

This will impair their financial intermediation role, thus affecting economic growth, unless some actions were immediately taken to ease liquidity conditions in the markets. Having seen two consecutive quarters of slow growth, the committee recognized that the economy could slip into recession in 2016 if proactive steps were not taken to revive growth in key sectors of the economy", he added.

Meanwhile, Emefiele has other options as he enters a decision-making period on whether to remain at the CBN or use the exit route. These include offers at an international financial consortium and a bank in Europe.