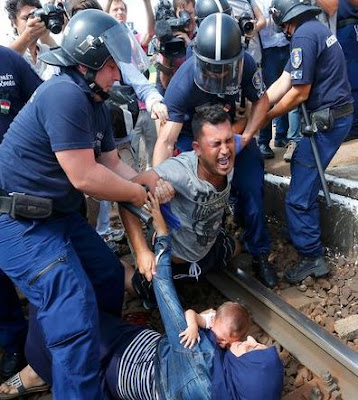 Heartbreaking pictures show a man and his wife laying on the tracks with their baby held between them as Hungarian police officers attempt to drag them away to a refugee camp.

ITV reporter James Mates, who witnessed the incident, reported refugees on board the trains leaving Budapest's Keleti station believed they were going to Austria. But the train soon stopped at the small town of Bicske 30 miles down the line where police were waiting.

Police tried to clear the train by carriages, 100 people or so at a time and push them through an underpass before backing down..

It was when riot police attempted to remove the refugees from the train that the man and woman threw themselves onto the track with their baby.

The anguish is visible on the man's face as police attempt to drag him and his wife off the track. 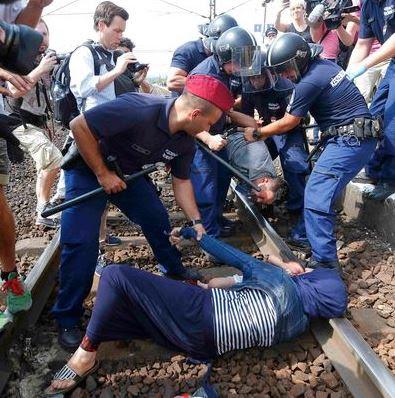 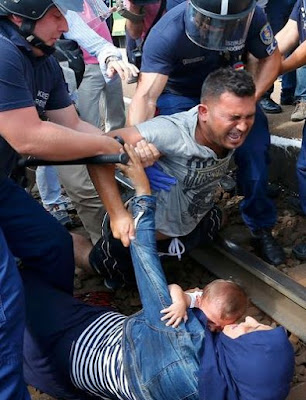 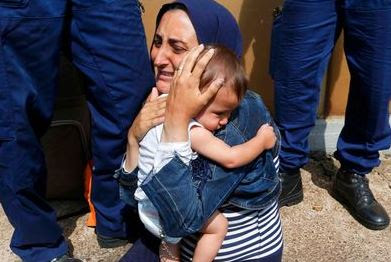