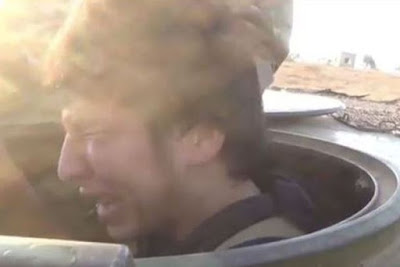 The moment a teenage jihadist suicide bomber was filmed breaking down in tears before being sent to his death in war-torn Syria was filmed on camera.

In a now viral footage, the frightened fighter, named as an Jafar al-Tayyar, from Uzbekistan, is seen being comforted by his fellow militants moments before he launches his deadly attack on Shi'ite town of Fua in Idlib Province.

After he climbs into the explosives-packed armoured personnel carrier, the young man starts sobbing.

"Jafar, my brother, don't be afraid. When you are scared, remember Allah,"

Despite his apparent fear of dying, 21 year old Jafar al-Tayyar is told to drive an armoured vehicle packed with explosives .

Moments later Tayyar drives off into the distance and blows the vehicle up, sending a huge mushroom cloud into the air as his fellow jihadis in the Uzbek-led Imam.

It is not known how many people were killed and injured in the blast. 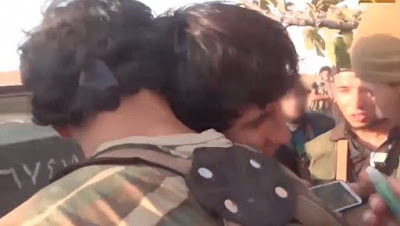 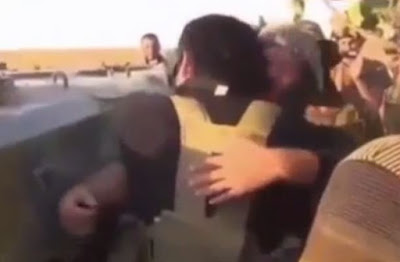 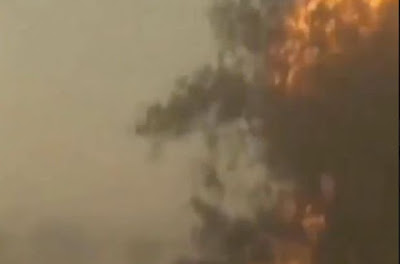 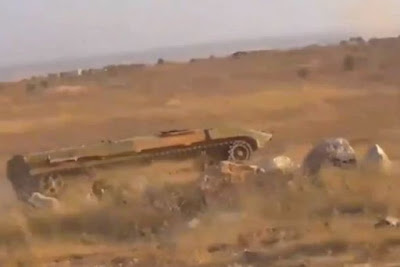 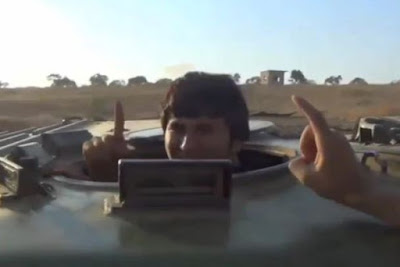 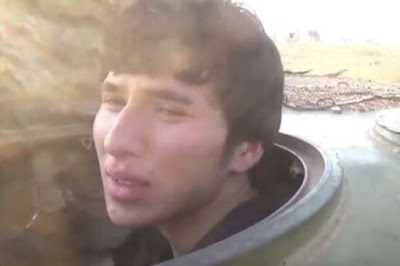 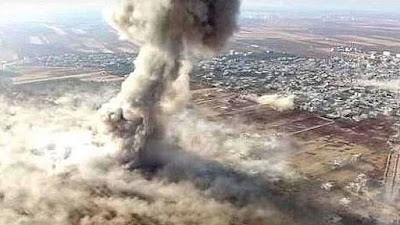