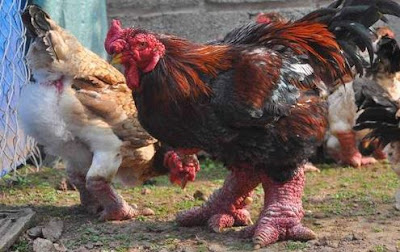 Some bodybuilding chickens named Dong Tao in Vietnam. Below is how they described the chicken

Once they reach this age, they weigh in, on average, at a massive 13.5 pounds. To put this in perspective, the average chicken weighs between three and five pounds. At least one third of the Dong Tao’s weight is from its legs, which typically have a circumference of at least four inches. Despite the enlarged size of the chicken, its meat is particularly tender and has a naturally sweeter flavor than regular chicken.

This sweetness is the result of an enzyme in the bird that allows the legs to grow so large. Due to the distinctive flavor and investment of time in raising Dong Tao chickens, they sell for a considerable price. They average around $10 per pound, although there is at least one recorded sale of a twenty-two pound chicken selling for nearly $300. 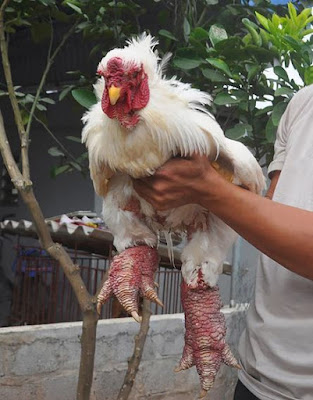 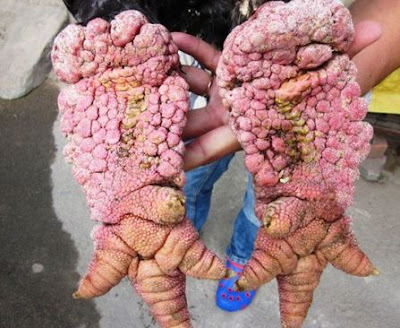 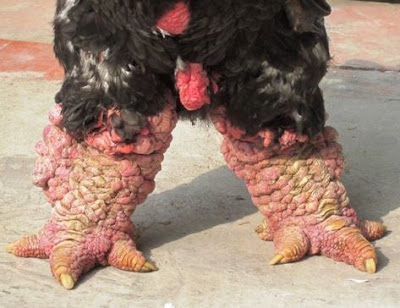