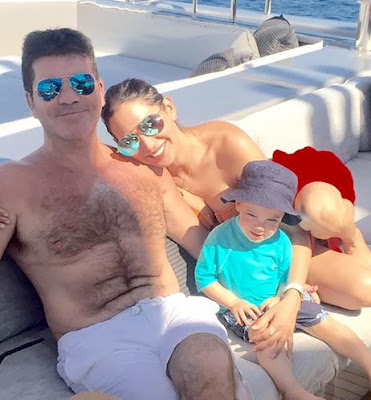 Simon Cowell has revealed he has been told when he is going to die "naturally' and he isn’t going anywhere for another 40 years.

The 55 year old X Factor chief has had a hi-tech DNA test that predicts the year of death, and it revealed he is expected to live until 2055 despite his 20-a-day cigarette habit.He said:

“I had the DNA test done in LA which predicts when you’re going to die. They take your blood and DNA, then give you back a sheet of paper which says ‘We think you’re going to be alive until xxxx’.Obviously it doesn’t take account of the fact you might get hit by a bus tomorrow, but I got told I’d die aged 95 – which is about as good as you can expect.”
He reckons being a dad to 19-month-old Eric with partner Lauren Silverman, 38, has helped boost his life expectancy.

“I think a lot of it is down to having a family now, and a lack of stress. I’ve learned to deal with stress much better now, things don’t bother me in the way that they once used to.”“I’m a great believer in getting checked out because if you know you’re OK, you actually feel better; your mind plays a big part of it.

“I get everything checked out twice a year and so far, considering everything I’ve done, I’ve been lucky and had no scares.

“My heart, my lungs, my blood – they’ve all been checked. I remember one of the doctors almost being disappointed when he showed me the results because he couldn’t wait to tell me what smoking was doing to me. But there was nothing there.”