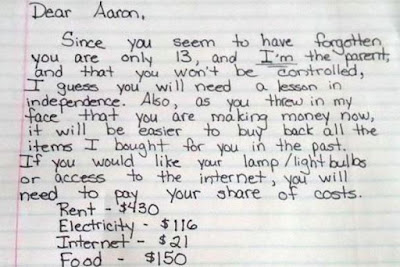 A single mum's letter to her rebellious 13-year-old son warning him to start behaving or face paying the bills has gone viral.

The mum named Estella Havisham, said her son Aaron seemed to have "forgotten" he was "only 13.She said since he didn't want to be controlled, he had to start paying bills.She tallied up the bills .

See the concluding part after the cut below... 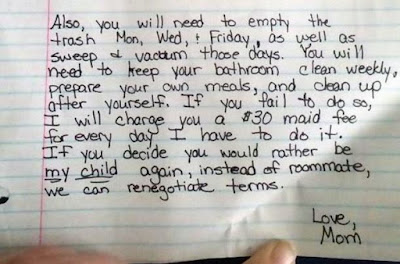