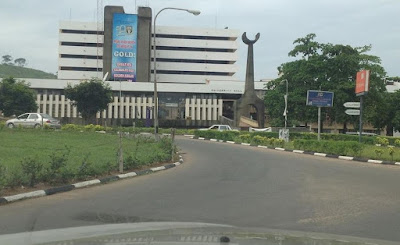 The leadership of the students union government (SUG) of Obafemi Awolowo University (OAU) is trending for the wrong reasons in an ugly story of inflated budgeting and embezzlement.

Punch reports that a copy of the student union budget revealed that the union leaders also had a separate budget for internet facilities and sending of bulk Short Message Service (SMS).

The sum (N1.8m), is also said to be exclusive of figures set aside for the purchase of phones for the leadership of the Central Executive Council and Students’ Representative Council led by Mr Omotayo Akande and Mr Adebari Aare respectively.

The OAU student union leaders, who in totality budgeted N26, 090, 469 for their various needs, are said to be expecting an income of about N15m.

When contacted, the chairman, Budget and Finance committee of the students union representative council, Mr Abayomi Samuel, said the budget had not been approved.

Samuel, whose committee also budgeted N114, 000 for phone calls, added that some of the expenses had been reduced.

Students of the university have reportedly protested the alarming figures being bandied about by the union leaders.

One of them, Sammy, said, “How will they say they want to make phone calls with that kind of money when we are all complaining of poor toilet facilities and lack of food in our hostels? This is extreme wickedness.