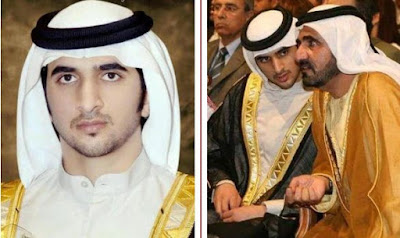 The prince of Dubai, Sheikh Rashid bin Mohammed bin Rashid Al Maktoum, the first son of Dubai’s ruler/Prime Minister, Sheikh Mohammed bin Rashid Al Maktoum, has died. He died very early this morning from what the family say is a heart attack. He wasn't the heir apparent to the throne though, his younger, Sheikh Hamdan, is.
The prince, who was an avid sportsman, businessman and owner of one of the largest horse stables in the country, will be buried later today. Dubai has declared three days of mourning and UAE flags will be flown at half mast during the mourning period. May his soul rest in peace, amen.