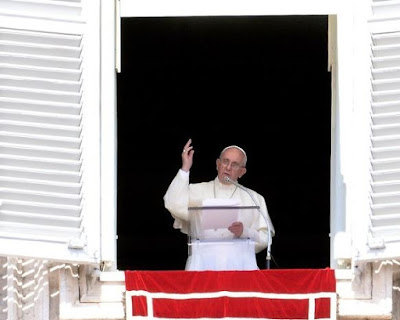 As Europe continues to grapple with the largest refugee crisis since World War II, Pope Francis on Sunday called for every Catholic parish, religious community, and monastery on the continent to shelter one refugee family.

In his Sunday Angelus speech to thousands in St Peter’s Square, the Pontiff said as Europe witnesses the “tragedy of tens of thousands of refugees that flee death in conflict and hunger and are on a journey of hope, the Gospel calls us to be close to the smallest and those who have been abandoned.”

Calling on European bishops to support his appeal, Francis said the Vatican’s two parishes would be leading by example and sheltering two refugee families in the coming days.

Europe has been inundated with hundreds of thousands of migrants and refugees, many fleeing the conflict in Syria in search of sanctuary and better prospects. The U.N. estimates some 300,000 people have this year attempted the risky boat journey across the Mediterranean, which often ends in death. In recent days, thousands of refugees who had been blocked from leaving Hungary were allowed to continue to Austria and Germany.

The Pope’s call to action comes just weeks before he is due to arrive in the U.S. for a five-day visit. Washington is also coming under pressure from refugee advocates to take in more Syrian refugees, having resettled just 1,500 Syrians in the last five years.