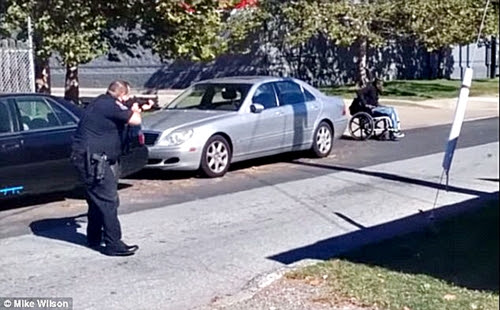 This is the shocking moment a disabled man in a wheelchair was shot dead in the street by Delaware police. Officers had been responding to a 911 call that someone had attempted to shoot themselves, when they arrived to find Jeremy McDole 'still armed with a handgun.'

Cops opened fire on McDole, who was paralyzed from the waist down, after repeated requests for him to 'drop the gun.' 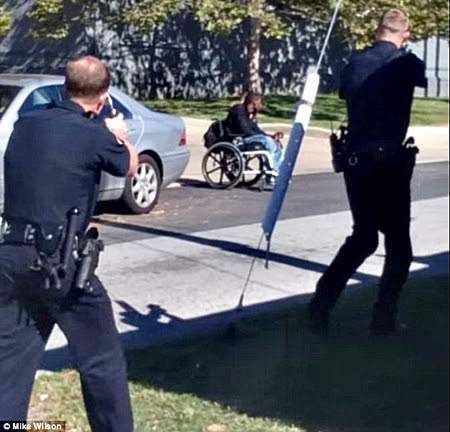 McDole's mother, Phyllis, has criticized the shooting as 'unjust' during a police news conference.

The incident, which took place in a Wilmington street, Delaware on Wednesday afternoon was caught on camera by stunned witnesses who uploaded it to YouTube. 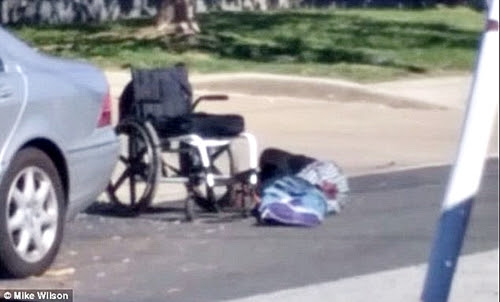 Police Chief, Bobby Cummings said during a news conference that none of the officers involved 'intended to take anyone's life that day.' He said that police had told him repeatedly to put his gun down but had 'engaged him' after he went to remove the weapon from his waist.