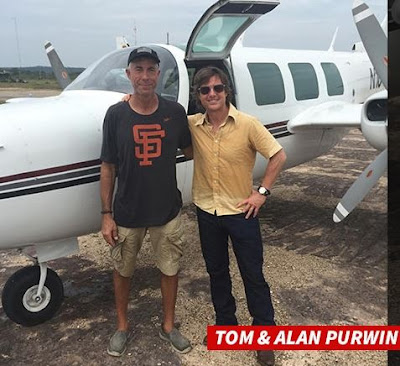 According to a report by TMZ, two crew members from Tom Cruise's new movie "Mena" were killed on set last Friday after a plane went down in Colombia.

Reports say the small twin-engine plane went down with 1 American pilot, a Colombian pilot and a third American passenger on board. It has been used during production to transport crew members. Tom was not on board. He had wrapped filming earlier in the day. There are reports the plane went down in bad weather near Medellin.

The movie is about a pilot who worked for drug lord Pablo Escobar.

The victims are American pilot Alan Purwin and Colombian pilot Carlos Berl. A third passenger, American Jimmy Garind was rushed to the hospital with serious injuries.