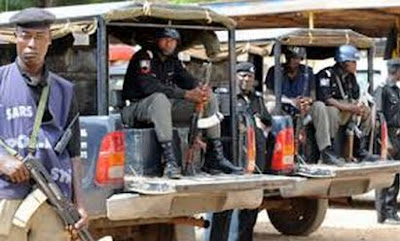 Residents of Hanson Close, off Olateju Road, Mushin, Lagos State Nigeria have cried out to the Commissioner of Police in Lagos State, Fatai Owoseni, for rescue saying they are terrorised everyday by security operatives in the state.

Their alleged offence is that some residents of the area caught a petty thief who had given them sleepless nights, beat him before handing him over to the police.

One of the residents, who sent a save-our-soul to TheNEWS/P.M. NEWS, explained that right from the day they caught the thief and handed him over, they have lived in fear of indiscriminate arrest by officers of the Nigeria Police Force.
“I live in an area where it’s hard to sleep at night because of petty thieves.“For some weeks now, a particular petty thief had burgled apartments on my street. I say ‘petty thief’ because if he breaks into a room and can’t find phones or other little gadgets to steal, he goes to the fridge or kitchen and clears every food item he sees there.“After then, he poops and goes away! Yes he ‘shits’ wherever he robs.

“This same guy has robbed different apartments on my street four times in the last five weeks and often attacked between 1 and 3 a. m.,” the source, who pleaded not to be named, narrated.

“One time, he came with his gang and went away with a tricycle that was packed in care of a mallam that sells provisions by the road side. The following day, the owner came to arrest the mallam. The poor man is still paying for the tricycle till this day.

“The thief came back last Friday (11 September) and he got caught!…The guys that caught him beat him up so bad not only because he stole but because he stabbed an old man on the chest.

“Then later, they called in policemen and that’s how the whole ‘wahala’ started,” he narrated further

According to him, the first question the policemen asked was why the alleged thief was beaten after which the law enforcement officers asked the residents to take the suspect to the hospital for treatment.

On 12 September, the narrator said, “about 15 armed men from SARS came to arrest innocent youths and aged men and women on Hanson close on the basis that they beat up a thief.“How were they suppose to subdue him without beating him? This is a guy that’s notorious for beating up his victims.

“Please, we are scared of coming out of our rooms because of men from SARS. Policemen have been to my area twice to arrest people because we refused to pay for the hospital bill of a robber!

“The thief in question has been admitted to the Lagos University Teaching Hospital and they (SARS officials) are still harassing us because we refused to contribute money for his treatment. They also claimed they bought provisions for him and that we should pay for that too.

“Please, help us publish this story so that the right authorities can see this and help us restore peace to our area.”

“We are scared of thieves at night and afraid of SARS men at day!” The narrator wrote.