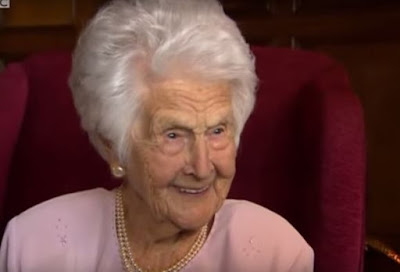 Grace Jones of Broadway, Worcestershire who celebrated her 109th birthday revealed in an interview with BBC that the secret to her longevity is whiskey.

"I don't drink but I have a little drop of whiskey every night," she said.

She is the oldest person in the county and has received her sixth card from the Queen. Despite her old age, Jones said apart from hearing loss, she feels about the same as she did in her sixties.