Man undergoes shocking transformation because he was tired of being thin 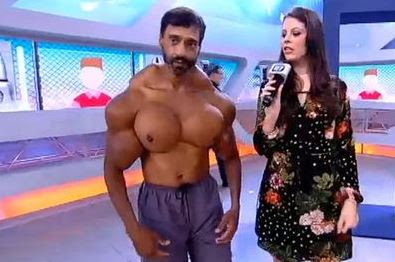 A man who was tired of being laughed at has hit back at critics with a pumped up physique.

'Valdir' appeared on Portuguese show A Transformação Mais Incrível, a programme which appeals for the world's most extreme bodies.

While many slammed his look as unnatural,asking him to reverse what hour has done, he also adds that he is very happy and proud of his body."He says he does not recommend it to anyone as well, but he loves it, that's why he does it."