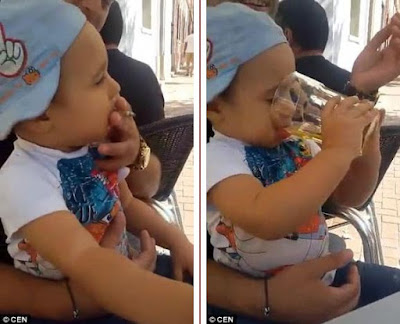 The police are investigating a video uploaded on Facebook by user Tecu in Romania in which two men are seen making a toddler smoke and drink.

"That’s what being a real man is all about," one of the men can be heard saying in Romanian.

It’s been circulated widely and has left viewers outraged. The people involved have not yet been identified, but it is believed the incident took place in Spain. More photos after the cut... 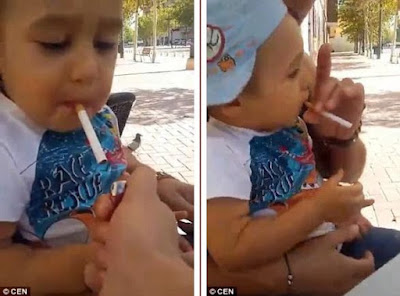