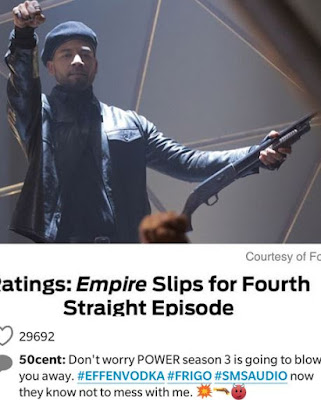 Hit series, Empire's major nemesis, 50 cent is happy the show's ratings continues to slip in its second season.50cent who has been promoting his own series, Power shared the news on social media and wrote.


"Don't worry.Power Season 3 is going to blow you away.Now, they know not to mess with me"

This is the problem when the first season of a show does exceedingly well,it is really hard to keep up and the pressure to make the second season better, often leads to an overkill.