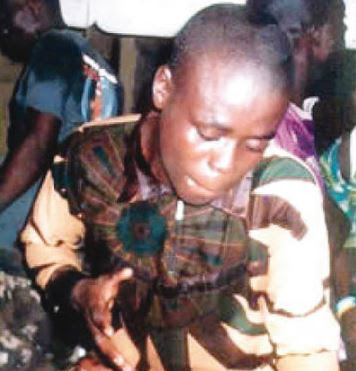 They were all arrested on Wednesday, September 30, after investigations showed that they were culpable in the murder.

The officers had trailed some suspected robbers to their alleged hideout on July 21st in Ilaje community in the Ilaje-Ajah area and in confusion had shot Orimisan who was previously sleeping but had gone outside when he heard gunshots. They killed him and took his body away and they labelled him as one of the suspected robbers.
According to Punch, a source close to the family said that several petitions from the National Human Rights Commission and other human rights groups put pressure on the police, which led to the eventual arrest of the officers who had gone on the raid on that day.

He said, “There were six policemen who came to the area on that day. All of them are now in custody. Since July, the police slowed down investigations on the matter, but the family kept on writing petitions to the right groups. Eventually, the six of them were picked up last week.

“They are in the cell as we speak, and there are indications they will be taken to court before the end of the month.

“The boy was neither a cult member nor an armed robber as the policemen initially claimed. He was not married and he lost his father just last year. They shot him and also took his corpse away from the scene. But after the pressure mounted on the police by rights groups, the officers have now been arrested, and we learnt they will be taken to court very soon.”