Home Gossip News Air Force plane crashes in Yola, killing all on board

Air Force plane crashes in Yola, killing all on board 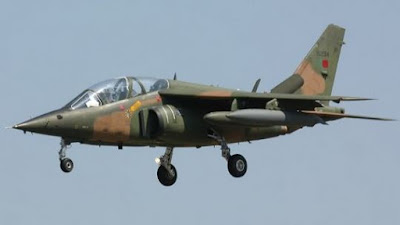 An aircraft that belonging to the Nigerian Air Force crashed in Yola, Adamawa state yesterday, killing all on board. The identities of those on board have not been disclosed yet.

In a statement issued late last night, the spokesperson for the Air force, Air Commodore Dele Alonge, confirmed the accident, stating that the crash occurred at about 4:23pm and that it occurred due to bad weather.
He said the F7-Ni fighter jet, with registration number, NAF801, was “returning to base from a mission when it crashed around Hong, in Hong Local Government Area of Adamawa State.

He said: “There was no survival as the pilot of the aircraft lost his life in the unfortunate incident.”