Home Gossip News Army gang rape woman infront of boyfriend, force her to watch them drown him in South Africa

Army gang rape woman infront of boyfriend, force her to watch them drown him in South Africa 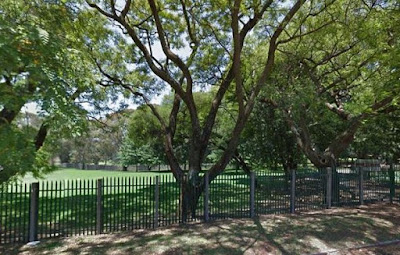 A woman was allegedly raped in front of her horrified boyfriend by an armed gang who then tied him up and threw him into a lake where he drowned.

Another couple with them were also attacked and the man bound and drowned in the lake alongside his friend.

The friends were taking a walk in Rhodes Park, Kensington, near Johannesburg, South Africa , around 9pm local time on Saturday when they were attacked by the all-male gang.

One of the women managed to escape, but the other was captured and raped by a gang member in front of her tied-up boyfriend, according to South African media reports.
After the sickening ordeal, the men, aged 25 and 32, were thrown into the dam at the park and drowned.One of the attackers is said to have been carrying a knife, while another had a firearm.

Intelligence Bureau, a network of private detectives who attended the scene, said the women were both forced to watch their partners drown, but police have not confirmed the report.
Cleveland Police spokesperson Constable Mpho Mashakane said:

“Two men, accompanied by their girlfriends, were walking at the park at about 6.30pm yesterday when they were approached by the group of men.

“One of the suspects raped one female victim. The bodies of the two male victims, aged 25 and 32, were later found by police divers,”

No arrests have been made and police are desperate to trace the culprits.Anyone with information is asked to contact to contact Crime Stop's 24-hour hotline on 08600 1011.
UK Mirror