Arrest Alamieyeseigha for Us Now - UK Government is Serious 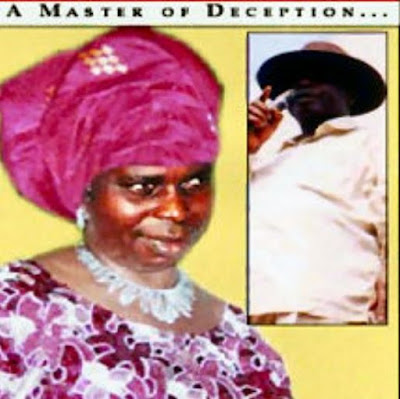 The Chairman, Presidential Advisory Committee on Corruption, Prof. Itse Sagay, says the United Kingdom has every legal right to demand for the extradition of a former Governor of Bayelsa State, Diepreye Alamieyeseigha, to London to face the music for his actions.

The British High Commissioner to Nigeria, Andrew Pocock, had said Alamieyeseigha, who was pardoned by his brother, Goodlcuk Jonathan, has a serious case of money laundering to answer in the UK and that the UK government will not give up until Alamieyeseigha is brought to justice.
His words: “The former governor skipped bail in the UK on a charge of money laundering and returned to Nigeria. So, he has an outstanding charge in the UK, which is there for him to answer...
“We have already discussed it and the Nigerian government knows our views... we would like to see him return and answer the charge in the UK.”

Former President Jonathan’s Senior Special Assistant on Public Affairs, Doyin Okupe, had said there was no need for Nigeria to send Alamieyeseigha to UK since he had been pardoned by Jonathan.

Okupe claimed the offence was committed against Nigeria and UK had no business with Alamieyeseigha.

But in his reaction, Sagay told Punch that the President Muhammadu Buhari-led government would do well by extraditing the former governor to the UK.

He said, “Alamieyeseigha allegedly committed a separate crime by laundering money in Britain and that is not a crime in Nigeria but a crime against British Criminal Law and so, Goodluck Jonathan cannot pardon him for that.”

When asked if the absence of an Attorney General could stall the case of extradition of Alamieyeseigha, Sagay said there was no rush as the country’s new ministers would soon emerge.

He said, “Certainly, the case can be stalled but there is a pact between Britain and Nigeria which obliges us to extradite offenders who they are looking for. There is a process. A judge will give consent once there is evidence that there is a prima facie case against him in England.”