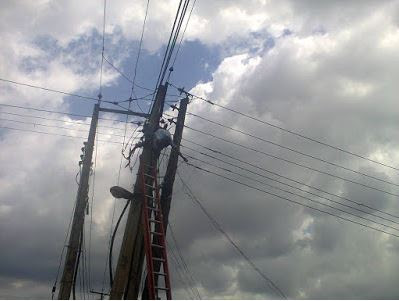 Tuesday, October 13, was a sad  day for a staff of the Benin Electricity Distribution Company and his family as he was electrocuted while doing his job.

According to the eye witness who witnessed the sad event , the deceased  whose name is unknown at the moment, came with his crew to fix the light . In less than 10 minutes , Power was restored back. A load shout was heard by all that were around there. Lo and behold, the deceased was found hanging from  the ladder  in this state as depicted by the picture

According to another eye witness, it took about 30 minutes to get him down from that height, after which he was taken to the hospital and he was confirmed dead on arrival. 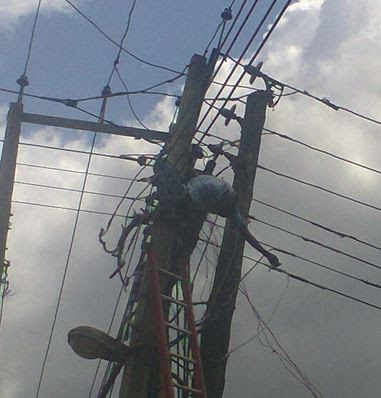 May his soul RIP.