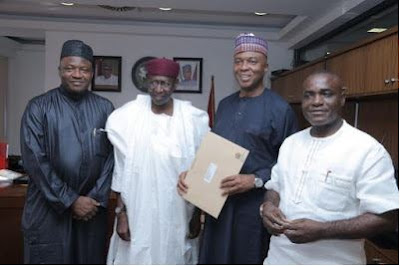 These are the names of ministerial nominees who made President Muhammadu Buhari’s second batch of ministers.

3. Prof Anthony Onwuka, a professor of education administration, who was secretary to the government of Imo state

6. Barr James Ocholi, an aspirant at the last APC governorship primary in Kogi State. He was defeated by Audu Abubakar

13. Isaac Adewole, former Vice Chancellor, University of Ibadan (UI), and a professor of obstetrics and gynaecology.