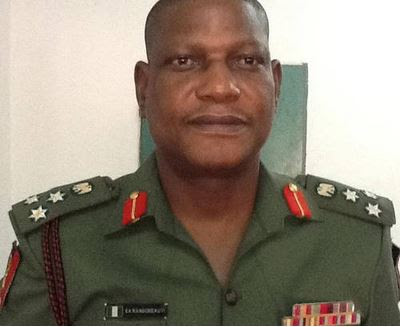 Brigadier General Ransome-Kuti, has been sentenced to six months in prison by a military court.

Ransome-Kuti, was handed the jail-term, due to the alleged offences committed during the peak of the war against Boko Haram.

The sentence was pronounced on him on Thursday, by a military court in Abuja, where he had been under court-martial for the past few months.

Brigadier General Ransome-Kuti was accused of dereliction of his duties, which the army believes, led to the capture of Baga, by the Boko Haram insurgents.

He was also accused of failing to account for the weapons and ammunition under his supervision, which made it impossible for the army to effectively tackle the insurgents.

The Brigadier General was represented at the court-martial by human rights lawyer and Senior Advocate of Nigeria, Femi Falana.

Ransome-Kuti is expected to be dismissed from the Army if the sentence of the military court is confirmed by the Army.