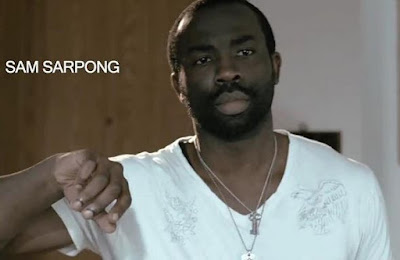 British/Ghanaian MTV host and Tommy Hilfiger model Sam Sarpong has tragically taken his own life aged just 40.He leaped to his death from a bridge.

He was also Omoni Oboli's husband in the movie, Anchor Baby. He had been a sought after model and appeared in campaigns for Hilfiger as well as shows for top designers such as Gucci and Versace.

He also made fashion history by becoming the first black male model to do a Louis Vuitton editorial campaign.
Omoni Oboli wrote..

"Have mercy Lord!!! I have been balling my eyes out for the last hour! I can't deal with this! God knows I can't! My husband in the movie 'Anchor Baby' gone like that! I have never met a more positive guy in my whole life! He's the most genuine, God fearing, lovable character you'll ever meet. What is in this life now? all the hustle! Over! Just like that! I'm MISERABLE! God speed fam! Rest in the bosom of The Lord!