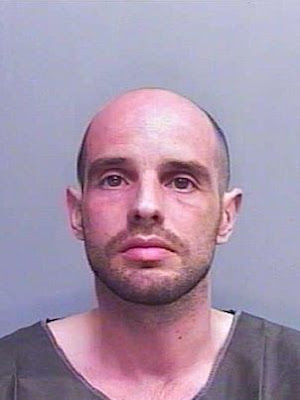 A woman who died in a suicide pact with her boyfriend left a note in her diary begging people not to blame her partner - who survived.

David Cole stole gas canisters and £11,000 from the pub he worked at in Bromsgrove so that he and girlfriend Leonie Roberts, 28, could live out their last days in style.

According to Mailonline,they bought a car for £2,000 and went to London where they went to the zoo, gambled in a casino and stayed in a hotel. They then drove until they ran out of petrol on the A387 near Loe.

The couple, who had made the suicide pact days before, then sat down together and let off the canisters.But despite experts saying they could release enough gas to kill someone very quickly, Cole, 36, survived the toxic dose, for reasons that remain unclear.

People spotted the car with steamed up windows in the layby the next day and when police investigated, he said 'I might as well tell you', and went on to explain that Miss Roberts' body was wrapped up in bedding in the back.

'I cannot give any reason why the male survived and the female did not if they both remained in the vehicle.'Three days before her death she texted Cole to say 'let's kill ourselves together'.The diary revealed she had 'enjoyed the last few days of her life' and praised Cole for being 'fantastic' but hoped he would not 'bottle out because her decision was solid'.

The court heard only one of the canisters had its valve fully open and he woke up the next day feeling sick and shaking.Cole was jailed for four years after he admitted her manslaughter