Couple 'resist arrest to have sex "one last time" [PHOTO] 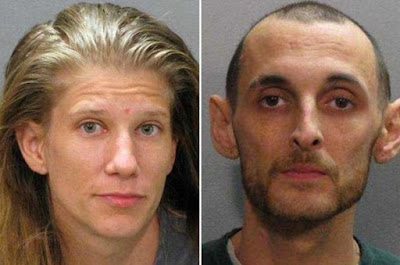 A man and his girlfriend reportedly refused to surrender to police as a SWAT team surrounded their house - because they wanted to have sex "one last time".

Ryan Patrick Bautista and Leanne Hunn, both 34, refused to leave their mobile home as they made love during a night-long stand-off with cops in Florida on Wednesday, the Times-Union reported.
Hunn allegedly told police over the phone that she would turn herself in once she had had sex with Bautista for the final time.

The couple were finally arrested at 4am on Thursday morning after police arrived at the scene at 9.30pm the night before, the paper reported.

Bautista was wanted for armed burglary, the newspaper reported.
He and Hunn were reportedly charged with resisting arrest without violence and false imprisonment.