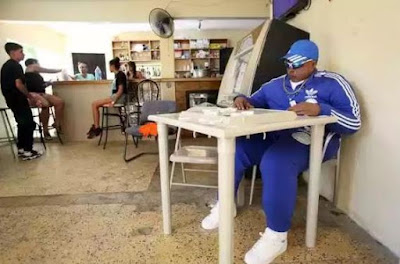 Things are happening...A 23-year-old man, Jomar Aguayo Collazo, was shot dead on Sunday, October 18, 2015 days after his birthday, and his mother decided to make his wake keep memorable by having his embalmed body propped up and kept like someone playing dominos and having a drink in his corner at her bar where he was killed.

From the propped photos, Jomar Aguayo Collazo appears to be deep in thought as he plans out his next dominoes move while his friends party around him in a bar in Río Piedras in Puerto Rico.

Collazo was killed in what was believed to be a drugs related murder and the police had found a gun on his corpse.

Dressed in a blue tracksuit, Collazo’s corpse was kept with a bowed head as friends and family took turns to sit on the chairs surrounding him, while dance music played from the juke box. 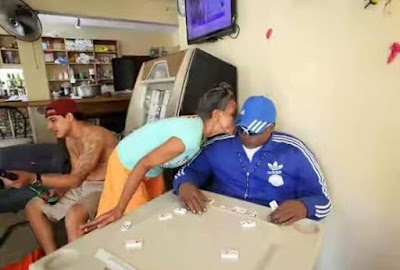 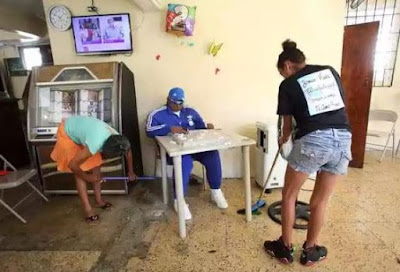 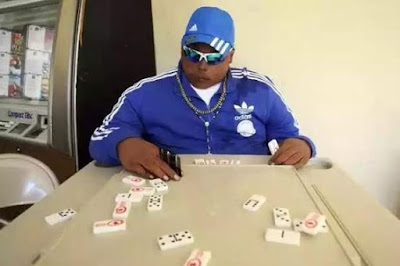